unleash the power of your data with hpe intelligen...

radical simplicity for all your data management ne...

protect your storage investment today and in the f...

experience everything on-demand with hpe greenlake...

a new it service paradigm for the on-demand world...

better business outcomes with consumption-based it...

unleash the power of your organization’s data po...

unleash the power of your data to transform your b... 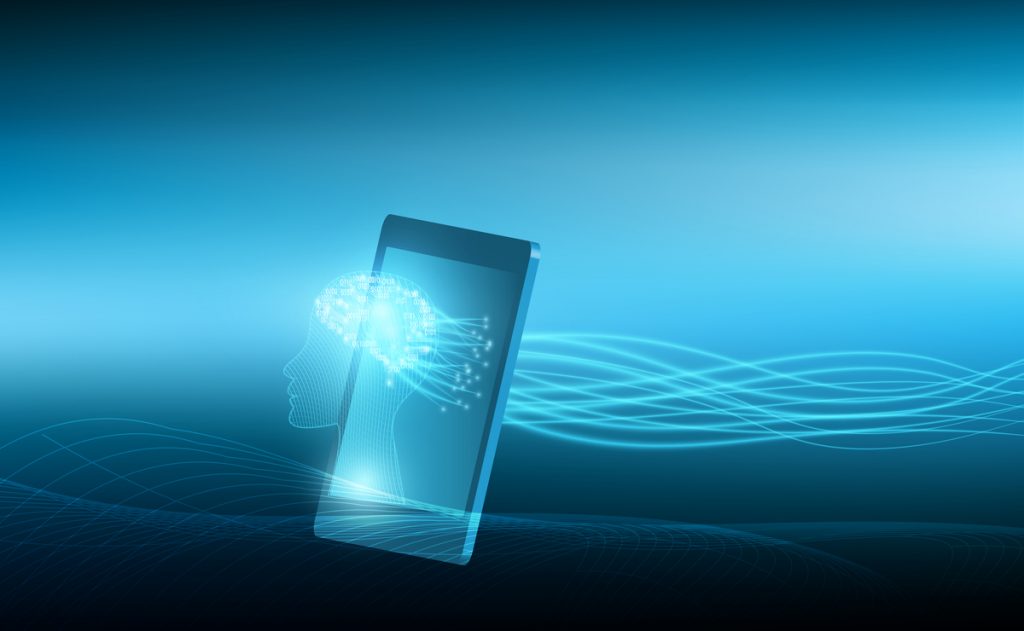 The history of AI

It all started when a group of scientists gathered at Dartmouth College, New Hampshire, US for an ambitious six-week project. Led by John McCarthy, a young assistant professor of Mathematics, the project worked on creating computers that could “use language, form abstractions, and concepts, solve kinds of problems and improve themselves as and when required.”

Thus, the project turned out to be one-for-all-inventions of the future, known as Artificial Intelligence (AI). During those days, the scientists thought “a 2 month, 10 man study of artificial intelligence” will solve a big-time AI equation. “We think that a significant advance can be made in one or more of these problems if a carefully selected group of scientists work on it together for a summer,” was what their first AI proposal read.

From that date till date, we do not have thinking machines that can solve problems like a human child. But we have made a lot of progress, and as a result, the field of Artificial Intelligence (AI) is divided into two major categories:

What is the difference between general AI and narrow AI?

AI (artificial intelligence), as envisioned by McCarthy and his group, is an artificial intelligence system that can learn tasks and solve problems without being instructed on every single detail. The technology is capable of performing reasoning and abstraction. Also, it is able to transfer knowledge from one domain to another.

Contrary to that, researchers have learned one thing through the decades—creating an AI system that satisfies all those requirements is difficult. The vision of AI that imitates the human thinking process is known as Artificial General Intelligence (AGI).

As per Wikipedia, AGI (artificial general intelligence) is a machine that has the capacity to understand or comprehend any intellectual task, just like human beings.

Meanwhile, scientists have managed to invent all sorts of useful technologies in the dream of making a machine that has creative thinking capabilities. Now, Narrow AI is the term that encompasses all those technologies. Narrow AI systems are good at performing a limited range of tasks and sometimes outperform humans in specific domains. But, when you are given a problem that falls outside their scope, they tend to fail immediately. Unlike AGI (artificial general intelligence), they cannot transfer knowledge from one field to another.

In routine life, you can see various instances of narrow AI, namely Google Search queries, video recommendations on YouTube & Netflix, and creating Weekly Discovery Playlist in Spotify. In fact, Alexa, Siri, and companies using AI to solve a problem is all about narrow AI.

What are the different types of narrow AI technologies?

The narrow AI technologies are divided into two categories:

The history dominantly talks about the research on symbolic artificial intelligence (AI). Symbolic AI requires programmers to define the rules that specify the behavior of an intelligent system. It applies to the cases where the environment is predictable, and rules are clear-cut. For your information, most of the systems we use today are rule-based, i.e., they have a kernel of symbolic AI in it.

For example, a machine learning algorithm trained on thousands of bank transactions, along with their outcomes, will be able to predict all about new bank transactions. It will help in finding out whether the outcome is fraudulent or legitimate.

From the above illustration, it is clear that symbolic AI and narrow AI largely indulge human intelligence. However, they are unable to include the necessary piece that comes together in creating the human-level AI.

Yet, another thing is symbolic manipulation, which is a major part of the human thinking process. Other than that, there are various other things to do, such as walking, running, brushing our teeth, and so on. We learn all these skills subconsciously and without doing any symbolic manipulation in our minds. On the other hand, Symbolic AI systems are tough to regulate. They function only within the context of their defined rules and need to be instructed on every task that they must accomplish.

But again, the mind’s learning process cannot be simplified into a pure matching pattern. For instance, we can easily recognize a cat as we have been watching one since childhood, but for systems, it involves a lot of symbolic manipulation. And the lack of symbol manipulation limits the power of deep learning and other machine learning algorithms. Therefore, deep learning algorithms require a heap of data to perform a tasks, which a human can do with a very few examples.

Also, machine learning systems are bound to the context of their training examples. This is why they are termed as Narrow AI. In self-driving cars too, the computer vision algorithms can make erratic decisions at the time of unusual situations such as oddly parked fire trucks or an overturned car.

What is the next stage of Narrow AI?

There are some plans by scientists to expand the capabilities of narrow AI (artificial intelligence).

1. Gary Marcus, a cognitive scientist, proposes to create Hybrid AI systems that combine rules-based systems and neural networks. There are already some live examples around us that show neuro-symbolic AI systems can overcome the data constraints of narrow AI.

2. Richard Sutton, a computer scientist and the co-author of a seminal book on reinforced learning, believes that one way to move beyond narrow AI is to continue to scale learning algorithms.

Where are we today in terms of Narrow AI?

One of the main problems with AI is that it is a continuous target. In many ways, narrow AI has proven that many problems that we solve today with human intelligence can be broken down into mathematical equations and dumb algorithms.

Recently, the focus has shifted to AI capabilities that can contribute to general problem solving, not situational. A notable work in this regard is done on paper, “On the Measure of Intelligence.” The influential paper is written by Francois Chollet discussing measures on AI’s capabilities of solving general problems, which it has not been trained for. In the same paper, there are a few sets of problems putting the above assumption to test. Also, there was a challenge launched by Google’s data science and machine learning competition platform to solve the ARC (abstraction reasoning corpus) dataset at the beginning of this year.

Though there are bleak chances of anyone to be able to solve the challenge, it is the right way to find how far we have come from narrow AI to the creation of machines that can think exactly the way humans do. To know more about AI & Machine Learning, you can download our latest whitepapers on Technology. 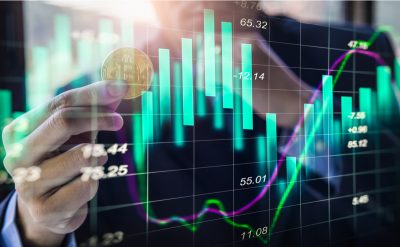 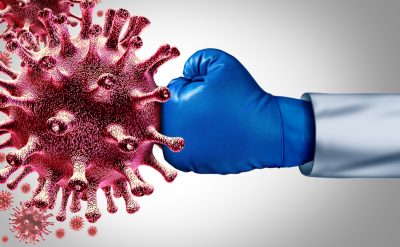 Coronavirus: How AI and Machine Learning are Helpi... 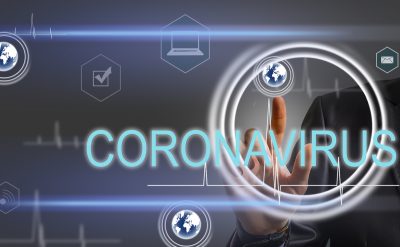 Coronavirus: How is Technology Tackling the New Vi... 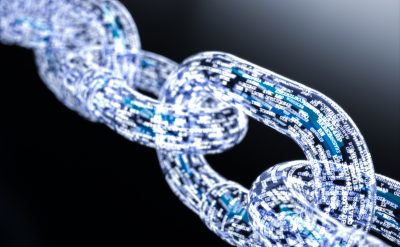 What are the challenges with Blockchain?... 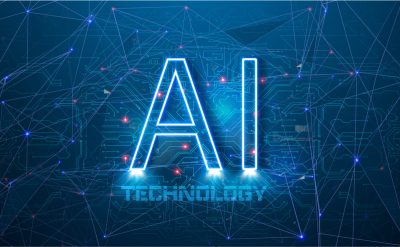 How is AI Affecting the Geopolitical Balance?... 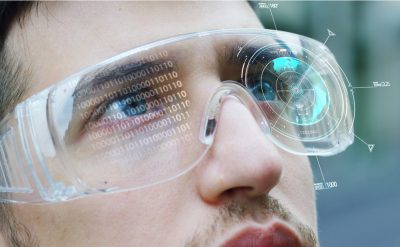 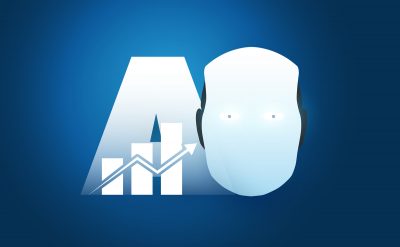 The Need to have AI Policies in Place...

Deliver smart, responsive IT services in an always changing world with ITSM Pro